What Is The Creator Economy & Why You Should Care

What Is The Creator Economy & Why You Should Care 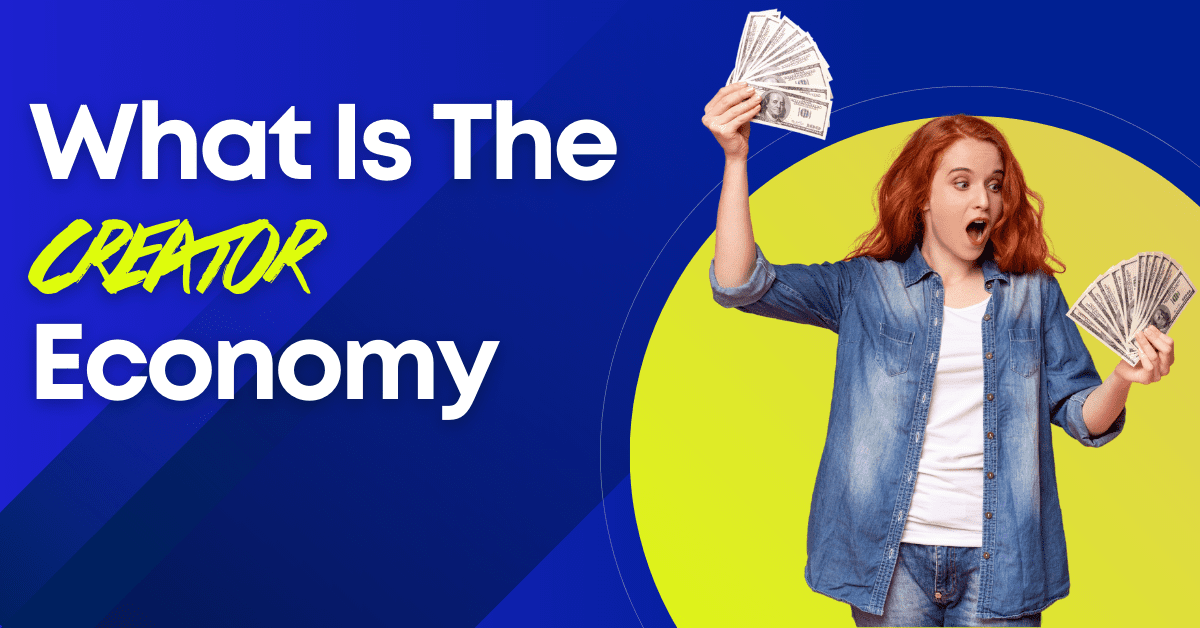 What Is The Creator Economy?

To truly understand what the creator economy is, we must first break down the definition of each word. So let’s start with ‘creator.’

A creator is defined as “a person or thing that brings something into existence.”

And more specifically, a content creator is “someone who creates entertaining or educational material with the intent to post on social media and other digital channels.”

Now, the word economy can be defined as the “wealth and resources of a country or region, especially in terms of the production and consumption of goods and services.”

In simple terms, it’s a system of making and trading things of value, which is where the creator economy comes in.

Every piece of content a creator makes is worth something, and if you don’t know what yours is worth, you can use Social Bluebook’s valuation tool to find out.

According to Forbes, The Creator Economy is estimated to be worth over $100 billion dollars with YouTube alone expecting $30 Billion by the end of 2021.

Until you really understand The Creator Economy, it can be hard to embrace that the photos and videos we take and post online are worth money.

But, the creator economy is the reason Social Media Content is worth so much. Companies are willing to pay creators for the content they make, which is known as Social Media Marketing, to help the company met specific goals.

Companies such as Target, Walmart, Toyota, and even Social Bluebook, spend hundreds to millions of dollars on advertising. But, if it is not done right, the companies will see a loss instead of a return on investment.

Most of the advertising that companies pay for include TV commercials, Radio Ads, Billboards, even Print advertising such as magazines or newspapers.

When a company spends money on these types of advertising, they are estimated to receive $2 for every dollar spent.

With Social Media Marketing, the same companies see a return of $5 for every dollar they invest.

This means the same $5,000 spent on a content creator would generate $25,000 in sales, which is a profit of $20,000 and a lot more than what the company received from TV commercials.

So because companies see such a big profit margin, or return on investment, from social media marketing, more companies are willing to invest into creators to sell their products, which in return increases the worth of the Creator Economy.

Why Is Social Media Marketing So Effective?

Social Media Marketing is effective because people want to buy from other people.

But as influencers evolved, and consumer purchasing habits changed, the creator economy is seeing a bigger impact through authentic creator posting and a decrease from celebrity endorsements.

Content Creators build their audience through authentic content that connects topics to people in a specialized area of interest.

The relationship that the content creator builds with their audience makes it 82% more likely that the consumer will purchase an item showcased by a Content Creator than they would if it were a celebrity endorsement.

What’s even more interesting is micro-creators, which is a content creator with 10,000-100,000 followers, seem to create a bigger return on investment for brands.

This is because Micro Creators have a smaller following that are genuinely invested into the creator and are more engaged with the creators content giving the micro creator a better engagement rate.

This is something companies look for when they pay creators for their content. The more engaged a creators audience is, the more likely the content will be seen and increases the chance of taking action such as buying what the creator is promoting, visiting the website the creator suggest, or interaction with any other call to action the creator gives.

So right now, companies are looking to work with more micro influencers due to their high engagement rate and low cost to work with, which means a higher return on investment for the company.

Why Should You Care About All This?

Not every content creator starts this line of work thinking it will turn into a job or generate income for themselves. But if you are a content creator, making money from the content you make is essential to keep the business running. If not, this will be one of the most expensive hobbies you will ever have.

Also, if you are a Nano or Micro influencer, making a full time income may not seem possible, but that’s just because you haven’t dived into The Creator Economy to see the potential money that is out there.

$100 Billion Dollars is a lot of money and The Creator Economy isn’t slowing down anytime soon.

In fact, because of the economical changes in 2020, how people shop catapulted the Creator Economy’s worth more than 9 years in the future.

So, Are You Too Late To Join The Creator Economy?

The direct answer is no, but if it’s not done right, you won’t see as much income as some of the more successful content creators out there.

Not to mention it’s only going to get more competitive with even more people joining The Creator Economy in 2022, which already has over 50 Million creators.

Remember, you are an advertising resource for companies, so the key to getting a slice of the $100 Billion Dollar Creator Economy pie is to prove to brands why they should pay you.

This means you need to start with a content strategy that includes creating a highly engaged niched audience, create high quality content that converts, and present yourself as a professional with your media kit which includes your Content Creator rates, all of which you can find on Social Bluebook.

Let us know in the comments which platform you’ll join The Creator Economy With.