What You Need to Know About YouTube’s ‘Ad-Friendly’ Policy

What You Need to Know About YouTube’s ‘Ad-Friendly’ Policy 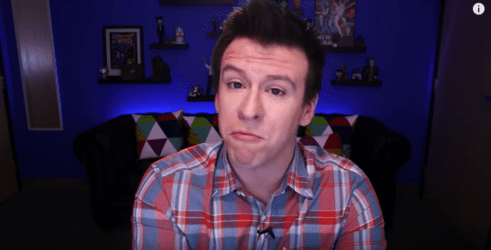 #YouTubeIsOverParty was trending on Twitter after Phil DeFranco posted a video entitled YouTube Is Shutting Down My Channel And I’m Not Sure What To Do. What happened is that YouTube changed their notification system to more directly inform their users of videos they are demonetizing, leading many YouTube creators to discover several of their videos flagged.

While these advertising-friendly guidelines have been around since 2013, they were difficult to find and users ended up not realizing that their videos were being demonetized. The guidelines are outlined under their Partner Program & Security section. These policies are worrying a lot of YouTubers. Phil DeFranco has posted a follow-up video regarding YouTube’s response, and videos from the ETC Show, I Hate Everything, boogie2988, Kubz Scouts, h3h3Productions, and many others display a very similar worry about YouTube censoring them due to the inability to monetize their videos with topics deemed unfriendly from their algorithm.

While critics of YouTube’s advertiser-friendly content guidelines claim censorship, others such as Forbes’ claim that it isn’t the case at all because content creators can easily contest and reinstate monetization on their videos. However, plenty of YouTubers receive the majority of their views – and thus, the majority of their advertiser revenue – within the first day or so of posting their video. Having no revenue in that time can be crippling to those who rely on their YouTube channels for income.

And as the vlogbrothers found out, YouTube’s current version of their algorithm flagging these videos down is a bit aggressive.

The Vlogbrothers probably got the most hilarious demonetization notice. Shows the variety of content affected. pic.twitter.com/lRrGkN5HSY

Whether you think this is corporate censorship or just a bot that needs to be tweaked, what can current YouTubers do to avoid being automatically demonetized by YouTube’s algorithm? Many YouTubers have found that the system looks for anything breaking their advertiser-friendly guidelines specifically in the video’s metadata (as opposed to the actual video in many cases). To lessen the chances of your content being automatically flagged, there are a few precautions you can take for now:

Unfortunately, YouTube’s last policy considers anything controversial or sensitive inappropriate for advertising. As many YouTubers such as Phil DeFranco, TheYoungTurks, and others cover current events on their channels, it is difficult to see how these YouTubers will continue to be able to make money with these videos about the news without triggering the bot.

We here encourage video content creators to continue making videos about the subjects you love to do while YouTube smooths this out. In the end, it will be the content creators and their satisfaction with a platform that determines where they will post their content – and in many cases, their audience will follow them.